Hoi An is a small town in Quang Nam Province, is the place where had two biggest intercultural communications of Vietnam history. The first time was 5 centuries ago when Dai Viet (former Vietnam) started conquering the Southern land, and the second time was 2 centuries ago when the French and American arrived and tried to take over the country.

Hoi An was also a bustling harbor city of Southeast Asia during the 15th and 16th centuries, and has been well preserved. This is the only Ancient Town in Vietnam has kept all of its characters from centuries ago. This is the remains of culture exchange between three big communities of Vietnamese, Chinese and Japanese.

Today we will explore Phuc Kien Assembly Hall, a spectacular structure of Chinese style in Hoi An. After booking hotels Hoi An, take a little time to read about this town’s glory history.

Year 1649 in China, The Qing overthrew the Ming Dynasty and started Qing Dynasty. Ming generals tried to revolt but fail. Many of them left the country with their families and sailed to other Southeast Asia countries and cities, including Hoi An. They were allowed to stay in Hoi An by Nguyen Emperors and developed Minh Huong village, the village of Chinese people from Trieu Chau (Chaozhou), Quang Dong (Guangdong), Phuc Kien (Fujian), Hai Nam (Hainan) and Khach Gia (Hakka). Just like Vietnamese, Chinese people appreciate the sense of community, so each ethnic group built their own Assembly Hall to help their compatriots. Phuc Kien Assembly Hall, was built in 1697, has been famous for its majestic beauty and architecture. 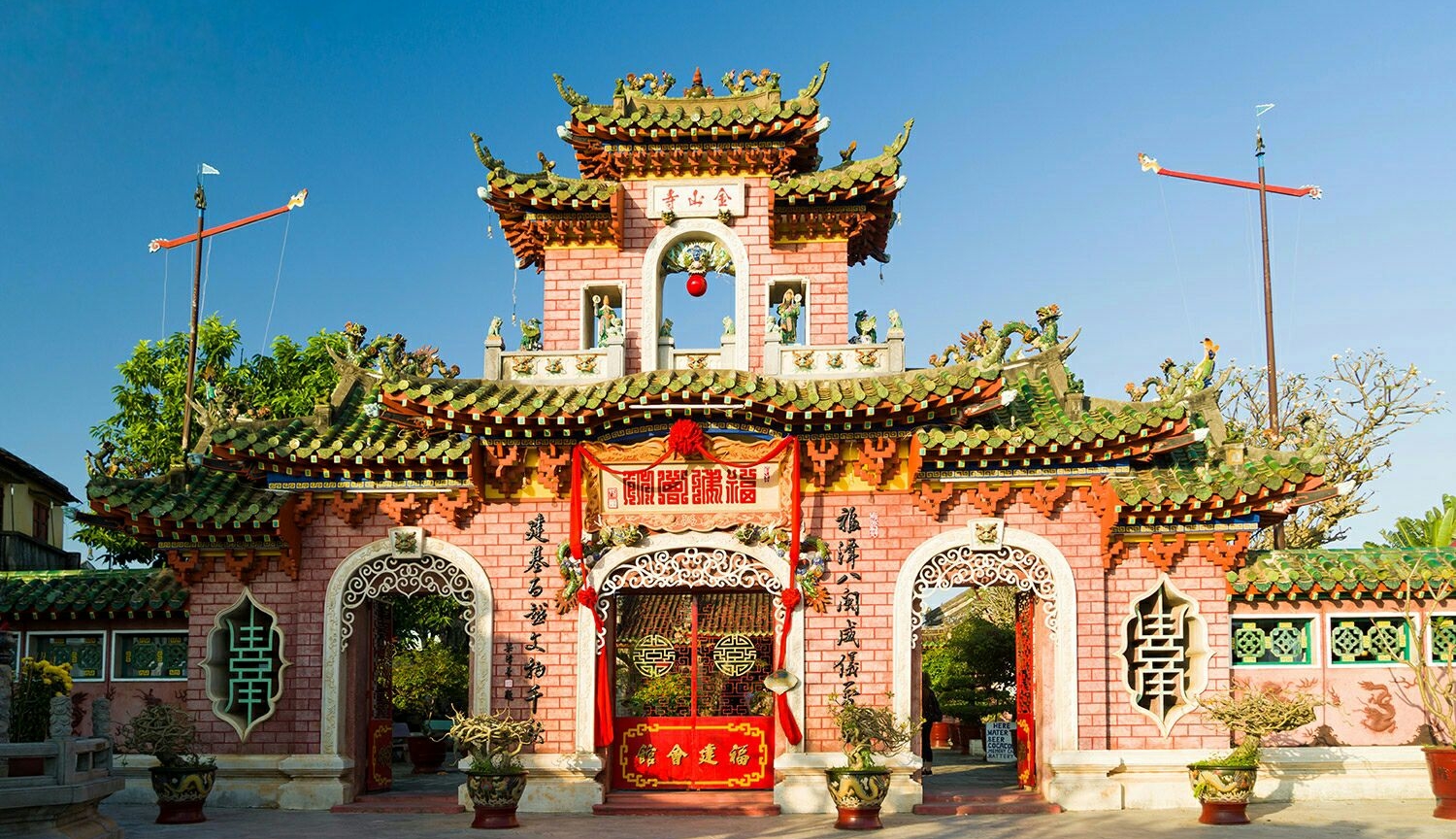 Phu Kien Assembly Hall was the place where people worship Thien Hau, Godness of the Sea, and also the place where Phuc Kien people met and help each other. Phuc Kien were one of the first Chinese people arrived in Hoi An.

The Assembly Hall is built with the Sān (三) style, which means “three”. The model is: Entrance Gate – Yard – Aquarium – Bonsai – East and West Blocks – Front Block – Back Yard – Back Block.

Walk through the entrance gate (which is a triple stone gate, men on the left and women on the right, the middle is rarely open), you will get to the yard where lay the fish aquarium with rockery shaped “Carp turning into a Dragon”. On the left is the rockery shaped The Great Wall.

Get to the Front Block, you will see a set of stone table and chairs, where Phuc Kien people used to have meetings. There are red spirals of incense on the ceiling where pilgrims visited and prayed for them as well as their family.

The Back Block is where people worship six Generals who fought against the Qing and brought their families to Hoi An. Every year on 16 February (Lunar Calendar) is their death anniversary. There are other saints and gods have been worshiped at Back Block. Make booking hotels Hoi An, and explore it yourself! 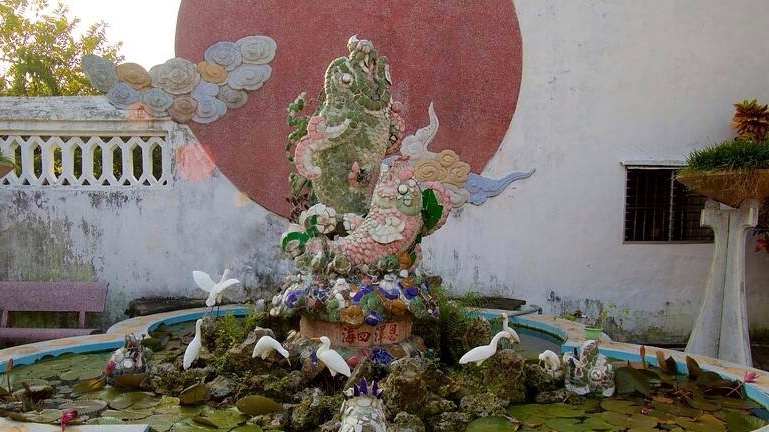 The Carp turning into a Dragon Rockery (Source: Puby Trieu) 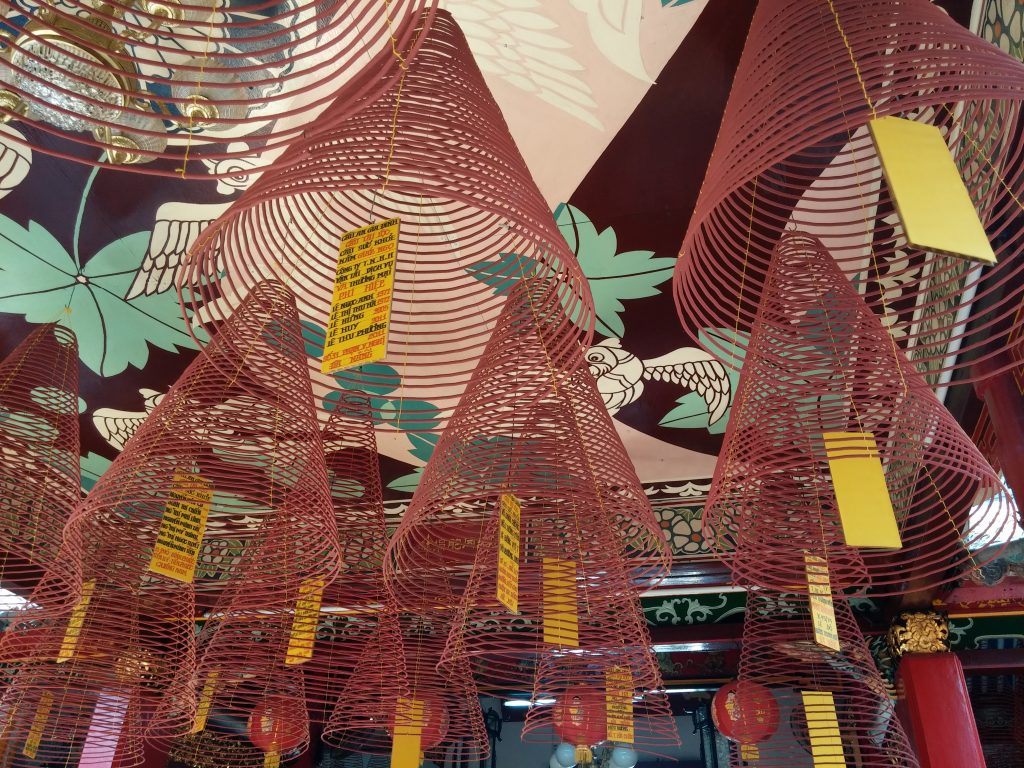