Chua Cau is one of the most spectacular sites of Hoi An. It also has the honor of being printed on the 20,000 VND bill. There’s no point of visiting Hoi An without a stop by Japanese Bridge, this is the soul of charming Hoi An. Besides providing Hoi An hotel booking, we also provide interesting information about Hoi An. This week, it’s going to be the very ancient bridge in the Ancient Town.

In 1653, the pagoda part of Japanese Bridge was built and locals began to call the bridge “Chua Cau”.

Japanese Covered Bridge (or Chua Nhat Ban) was built in the 17th Century by Japanese merchants to keep down Namazu monster. Namazu was a giant catfish with its head lied under India, body under Vietnam (Hoi An), its tail under Japan, the monster caused earthquake and flood every time it moved. Legend says the bridge was a sword stick on the back of Namazu monster to stop it from moving.

Back then, Nguyen Lords treated Chinese refugees very well so they decided to settle in Hoi An. Japanese traders also stayed here six months every year. So the Chinese and Japanese divided into two areas with the bridge in between.

In 1633 Tokugawa Bakufu stop its civilians from trading with foreign countries, the last Japanese left Hoi An in 1637, then the Japanese town in Hoi An was managed by Vietnamese, who was Minh Huong people, and this was the origin of Minh Huong village.

In 1979, Nguyen Phuc Chu Lord visited Hoi An, named the bridge “Lai Vien Kieu”, which meant “welcomes faraway friends”. During the renovations in 1817, 1865, 1915, 1986, the bridge lost most of its Japanese characters and replaced by Vietnamese – Chinese style.

The Pagoda part of Japanese Bridge was built in 1653 to worship Xuanwu God.

On the entrance stand two wooden statues as guardians: a dog and a monkey. In Asian belief, dog and monkey were worshiped as mascots and Japanese put the statues here to calm the Namazu down. Furthermore, the construction started in the year of Monkey and finished in the year of Dog. One more special thing is the pagoda doesn’t worship Buddha but it worship Xuanwu – a powerful God rules the Northern and can control sea monsters. He’s the Poseidon of the Orient.

In Hoi An from September to December annually, there are often floods and typhoons. Every time the flood rises, the town is sunk into the water for a few days. Xuanwu has the talent to stop these disasters and help merchants in Hoi An work safely. This is why the Pagoda part of Japanese Bridge is the moral support for civilians through their hard time.

Tips: To enter the pagoda, you need ticket which is included in Hoi An Ancient Town ticket. Japanese Covered Bridge is right in the Ancient Town, you can hardly miss it while take a walk here. After making a Hoi An hotel booking, find and mark this site on the map. 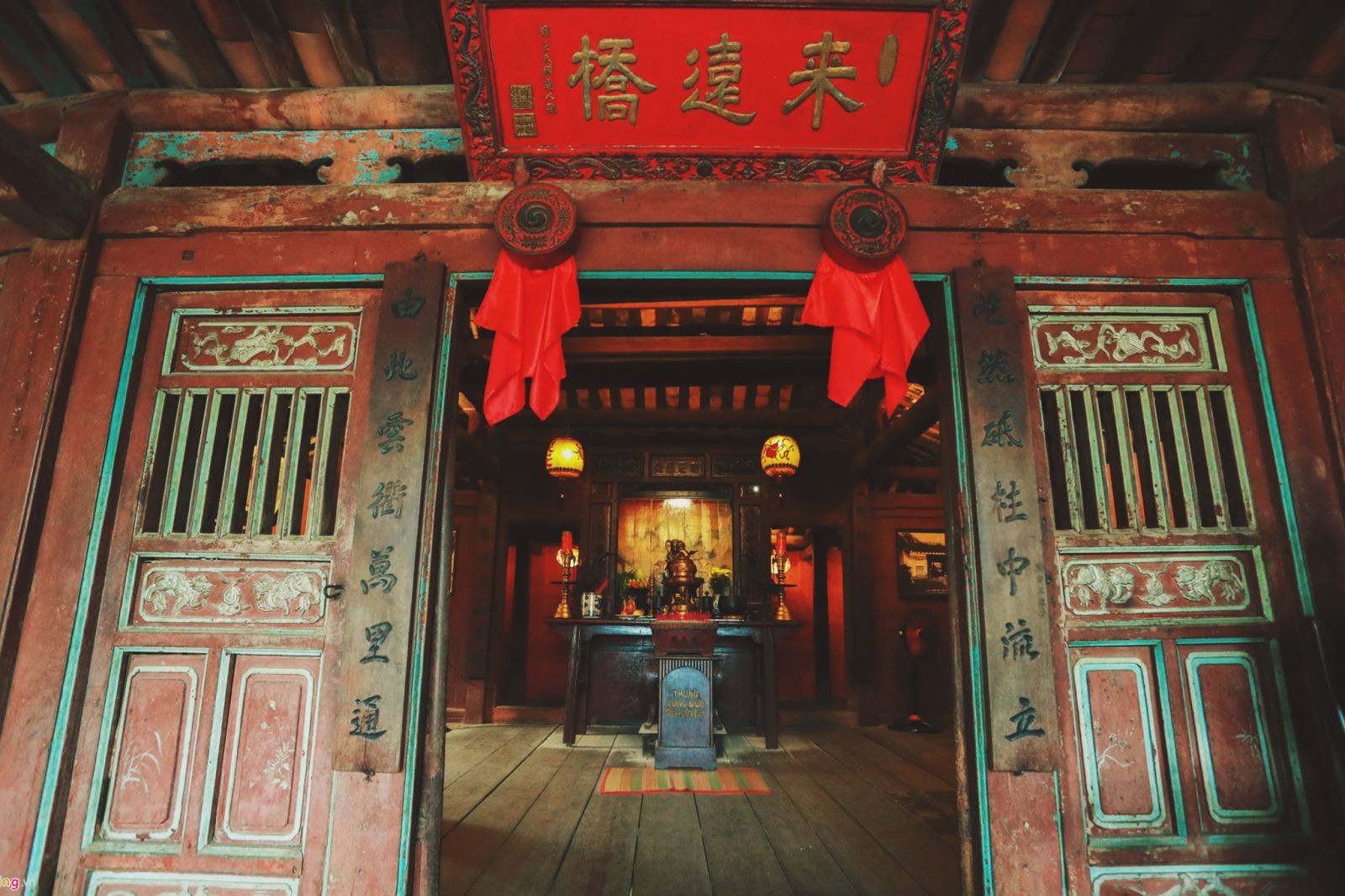 The Pagoda inside Japanese Bridge, where Xuanwu God is worshiped 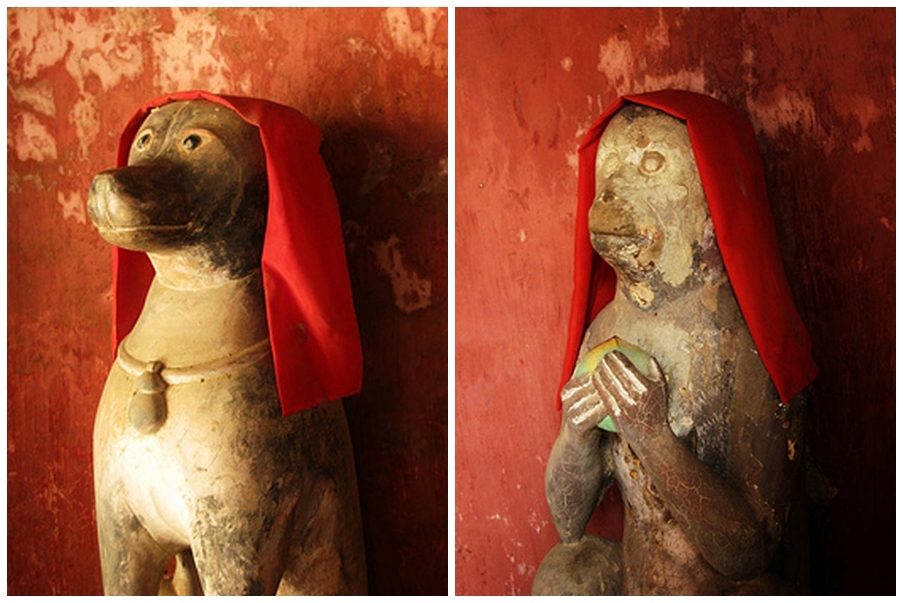 Dog and Monkey Gods on the entrance