Locates on the road between Hoi An and Da Nang and rises from the land just like a Chinese literati painting, The Marble Mountains is a complex of five mountains, which has been worshiped for centuries. Tourists can easily get there from hotels Hoi An. On Thuy Son Peak stands a pagoda, this is the highest and most important peak of the complex. The pagoda was built in 1825 under the Minh Mang Emperor, however, it had been used as a rest stop for the Emperors since 1740.

The Marble Mountains is a group of five marble and limestone mountains (which are more likely hills). The five mountains are name after Five Elements (also known as Wu Xing): Kim (metal), Moc (wood), Thuy (water), Hoa (fire) and Tho (earth). 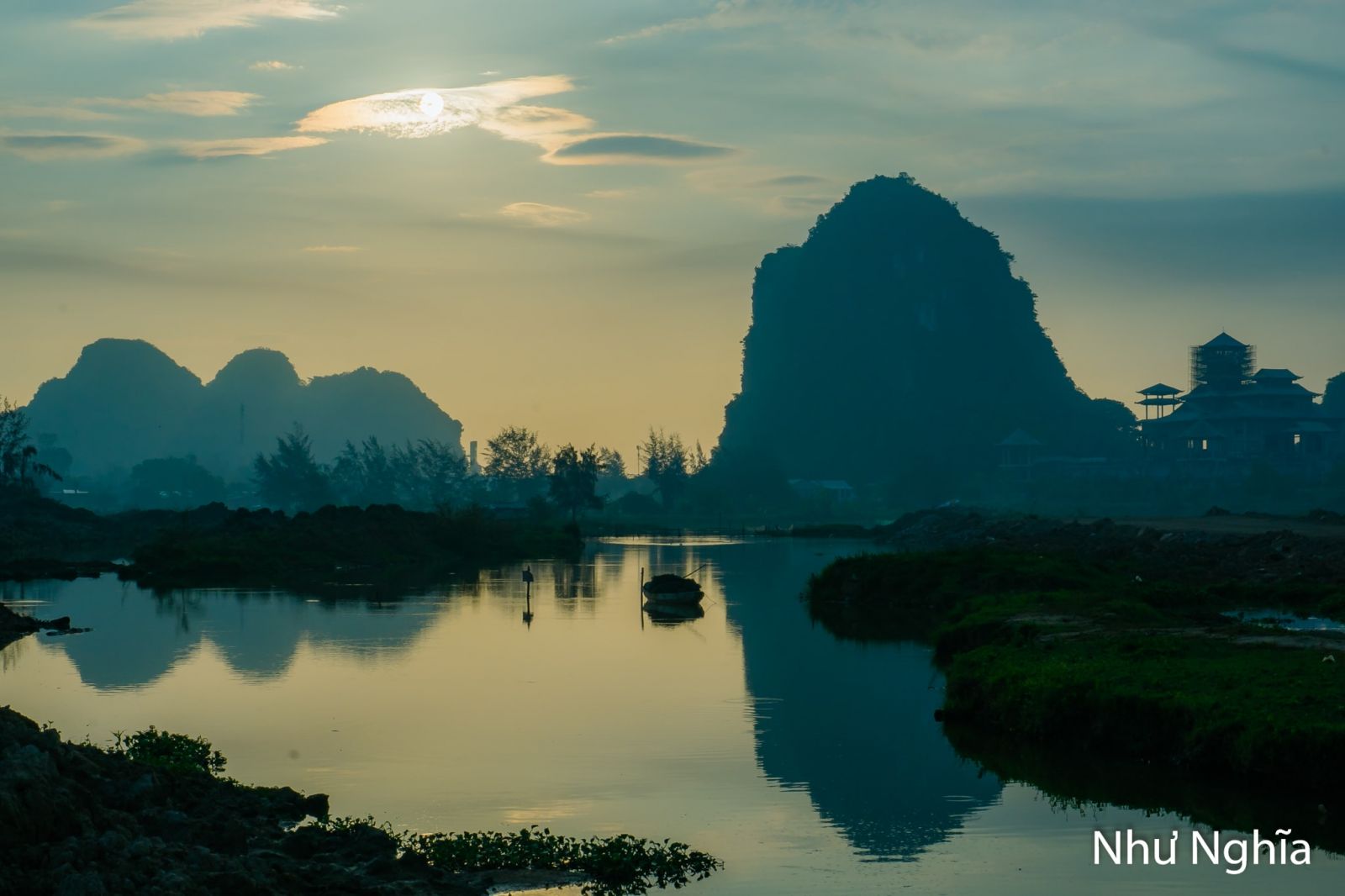 The Marble Mountains on a summer day (Source: Nhu Nghia)

Kim Son lies on the Southwest along Co Co River. In the past, the Emperors used to sail along the river and admire the mountain as well as Quan The Am Pagoda. Under the Kim Son there is a large cave where rosins form the shape of Quan Am (Guanyin), a gift that nature gave Kim Son. The cave was discovered on 1950 and the pagoda was built then, every year on February 19th a festival is held named Quan Am Festival.

Moc Son locates on the East next to the sea, surrounded by sand fields, rice fields and civilians. There’s no pagoda on the mountain, it’s just a big block of white marble stone. There’s a small cave inside the mountain where Vietnamese soldiers was hiding during the Vietnam War.

Tho Son is the shortest mountain, but also the biggest and shaped like a dragon lying on the sand. On the mountain there are the remains from the Champa Kingdom. This was also the shelter for Vietnamese soldiers during the Vietnam War. On the northern side is Long Hoa pagoda, which was built in 1992. From here visitors will have chance to admire the scenery of mountains and rivers.

Thuy Son is the highest one of the Marble Mountains. Three peaks look like three stars in the Ursa Major called Tam Thai. Most of pagodas and temples gather here on Thuy Son. The complex includes pagodas, caves and grottoes, the famous Linh Ung pagoda is one of them. 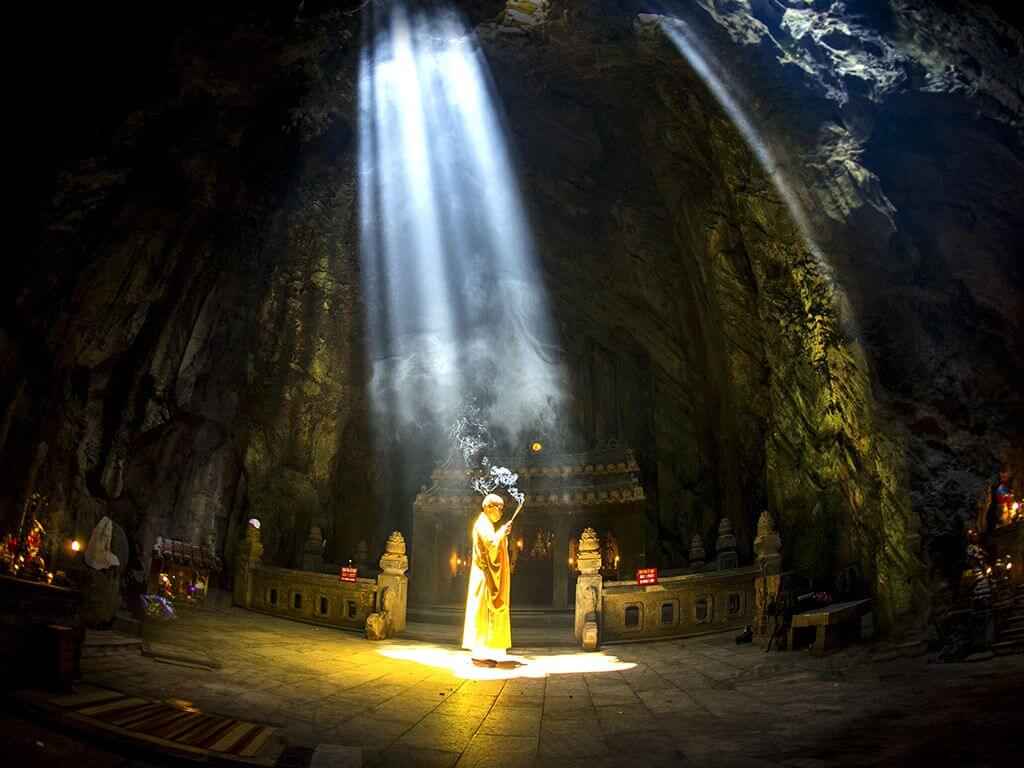 To get to the top, visitors can take three ways: 156 stairs to Tam Thai Pagoda on the Southwest, 108 stairs to Linh Ung Pagoda on the East, or take the elevator. From the summit, you can see the panorama view of Da Nang, Quang Nam and Truong Giang, Cam Le Rivers.

Tam Thai Pagoda was built at least 300 years ago under the Minh Mang Emperor. On the lower summit stand the Linh Ung Pagoda and other constructions such as Vong Hai Dai, where visitors can see the beach and ocean. Linh Ung Pagoda is considered a Buddhism monument of Vietnam.

Linh Ung pagoda on Marble Mountain is one of the three sacred Linh Ung pagodas of Da Nang. If you have booked your hotels Hoi An, rent a motorbike, ride along the beach and visit this beautiful complex.